It’s that time of year again when every local gym fills with hundreds of new members, resolute that this is the year they finally follow through on their weight loss goals. Getting healthy is arguably the most common New Year’s resolution, and with Americans’ struggling with obesity compared with the rest of the world, it’s hardly a wonder why. Despite that, well-intentioned dieters often find themselves frustrated by a lack of results, abandoning their attempts at a healthier relationship with food and exercise and returning to their old routine. It would certainly be easy to blame the would-be dieters’ lack of willpower or self-control for their inability to lose weight, but what if the problem is actually found in their genes?

A recent study published in the journal Genetics compared the metabolic effects of four different diets in mice of distinct genetic makeups, reasoning that mice are “similar to humans in genetic composition and propensity to develop a metabolic disease.” In addition to a control diet, the human-inspired diets included an “American” diet of fats and carbs, a “Japanese” diet of rice and green tea, a “Mediterranean” diet of red wine and fiber, and a “Maasai/Ketogenic” diet low in carbs, but consisting of fats and protein. In short, the diets yielded dramatically different results consistent with genetic typing, wherein a diet that had healthy effects on some mice showed adverse effects, including liver damage, obesity, and high cholesterol, in others. The “American” diet had adverse effects among most of the mice involved in the study.

While the study comes up short of directly criticising the FDA’s dietary guidelines, there appears to be a clear opinion among the researchers that the food pyramid that we grew up seeing might be insufficient at best for people looking to get eat healthier. In fact, the study goes on to conclude that “If similar genetic-dependent diet responses exist in humans, then a personalized, or ‘precision dietetics,’ approach to dietary recommendations may yield better health outcomes than the traditional one-size-fits-all approach.”

THE EFFECTS OF GENETICS ON EXERCISE

On the physical fitness front, researchers at Stanford University are spearheading a study looking into how genetics affect an individual person’s response to exercise, specifically what separates elite athletes from the crowd. It stands to reason that continued research in this field might further be able to inform personalized workout regimens that could help a dieter attain their fitness goals as well, even if they don’t have it in their DNA to become a truly “elite” athlete.

In addition to the capacity for a person to be athletic, there are other genetic factors at play when it comes to how a dieter might respond to exercise. For example, certain people displaying traditionally athletic phenotypes may be at greater risk for certain types of exercise-related sudden deaths, such as Marfan syndrome. Less obvious, but equally important, are genetic conditions which might predispose an exerciser to cardiac illness or connective tissue injury.

Several products and services exist in the marketplace that claim to be able to match a person’s genetic makeup with a diet or workout regimen that works for them, and as with any new customized diet, further research is necessary to validate their effectiveness over time. Even so, we are excited about the possibilities that this kind of research holds and its potential to help people succeed at their New Year’s resolutions and improving overall health. If you are a researcher in this particular field of study, contact us to find out how we might be able to help. Good luck with those resolutions this year, we look forward to all the innovation 2018 will bring! 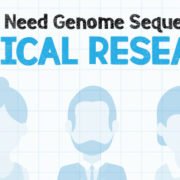 Why You Need Genome Sequencing in Clinical Research 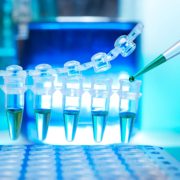 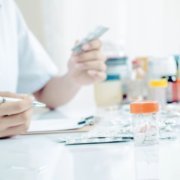 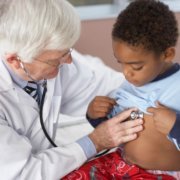 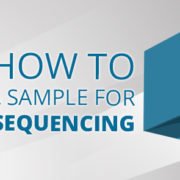 How to Submit a Sample for Genome Sequencing
4 replies

How to Submit a Sample for Genome Sequencing