If you see the identifier “exon mismatch” in some alleles in our HLA reports, there may be a good explanation for it.  We’ll explain briefly here.

The IMGT HLA database is a standard reference library for determining HLA genotypes.  It is the largest repository of human major histocompatibility complex (MHC) sequence data available today and is growing at an exponential rate. It includes HLA sequences from highly diverse geographic and ethnic populations.  And it includes a comprehensive set of Class I and Class II HLA alleles, following the official WHO HLA Nomenclature.

We use the GenDx NGSengine application to perform HLA typing on sequenced datasets.  NGSengine uses the IMGT HLA database for its sequence reference library, aligns sample read sequences against exon and intron sequences in the IMGT database, correctly phases reads and performs HLA allele assignments.  NGSengine uses statistical models to predict matching genotypes between DNA samples and the IMGT database.  Due to the statistical nature of the matches, there may or may not be identical sequence matches, which could be reported as exon mismatches.

NGSengine will prominently display and highlight exon mismatches in our HLA typing reports.

For example, Table 1 shows exon mismatches in DRB4 for allele 1 (3 mismatches) and allele 2 (7 mismatches).  There are no exon mismatches in the remaining genes.  Typically, we’ll see one or just a few mismatches in a particular gene.  It’s quite rare to see a large number of mismatches, which could indicate some other issue with DNA quality, library prep or large structural rearrangements in the gene itself.

Exon mismatches may be indicative of a novel allele that is not present in the IMGT database or a new allele created through genetic recombination.

A significant number of exon mismatches may indicate large structural genomic rearrangements such as genetic recombination. 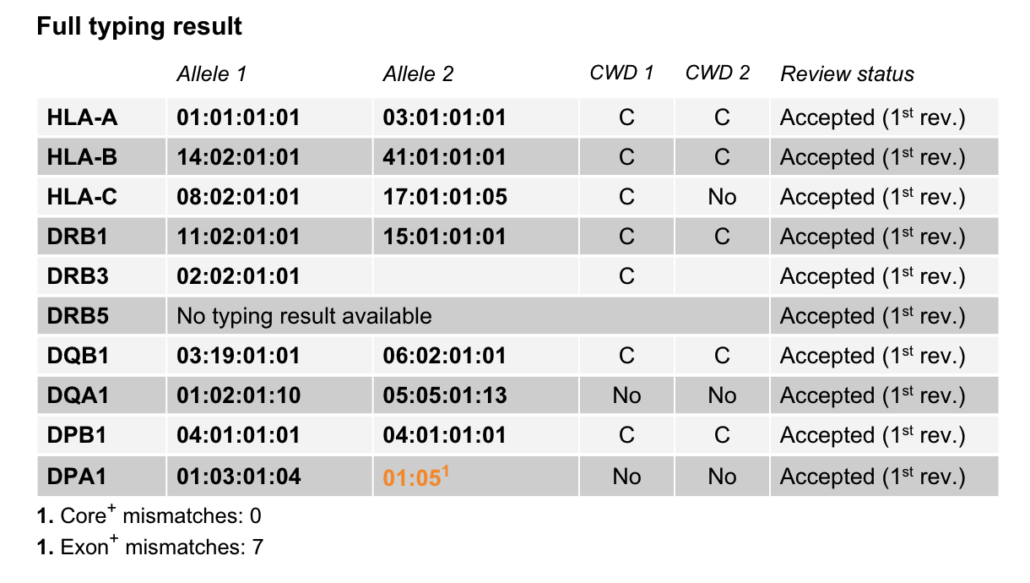 For example, we have a documented case of a recombination event for HLA-DPA1.  As shown in Table 2, DPA1 initially displayed 7 exon mismatches for allele 2 in this particular sample.  Based on a deeper analysis of this allele with NGSengine (beyond the scope of this note), we discovered that DPA1*01:05 was in fact a recombination of DPA1*01:03 and DPA1*02:01 and the exon mismatches were derived from nucleotide sequences in exon 2 of DPA1. Interestingly, this putative new allele was also seen or discovered in several other American and European labs around the same time frame.

Paralogous genes are genes that are related by duplication events in the last common ancestor (LCA) of a species. 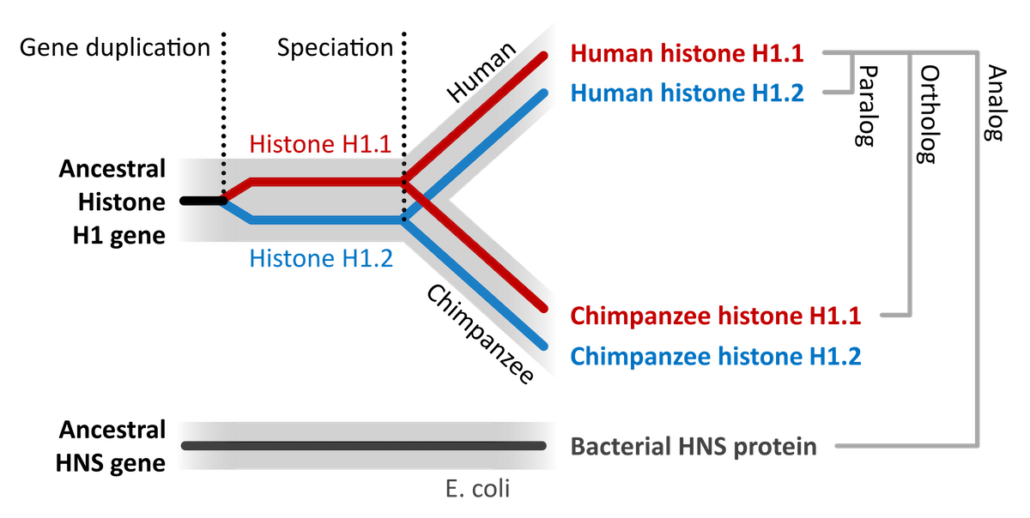